To share your memory on the wall of William Tolkkinen, sign in using one of the following options:

He was born on February 15, 1928 in Minneapolis, MN to August and Ellen (Heikkila) Tolkkinen. He attended the local... Read More
William August Tolkkinen, 92 a resident Mohawk, Michigan passed away peacefully on Wednesday October 7, 2020 at his home.

He was born on February 15, 1928 in Minneapolis, MN to August and Ellen (Heikkila) Tolkkinen. He attended the local schools.

William worked as a carpenter for many years in Minnesota. In 1972 he moved to the Copper Country where he and his wife owned and operated the Mohawk Superette for several years.

He is a member of the First Apostolic Lutheran Church of Fulton.

He is preceded in death by his parents, August and Ellen Tolkkinen, and his daughter Wendy.

Two brothers Edwin and Paul and Sisters Dorothy and Kathryn

A private funeral will be held on Friday at the funeral home.

The Erickson Crowley Peterson Funeral Home in Calumet is assisting the family with the arrangements.
Read Less

To send flowers to the family or plant a tree in memory of William August Tolkkinen, please visit our Heartfelt Sympathies Store.

There are no events scheduled. You can still show your support by sending flowers directly to the family, or planting a memorial tree in memory of William August Tolkkinen.
Visit the Heartfelt Sympathies Store

We encourage you to share your most beloved memories of William here, so that the family and other loved ones can always see it. You can upload cherished photographs, or share your favorite stories, and can even comment on those shared by others.

Posted Oct 10, 2020 at 12:34pm
With love and remembrance from the Paul and Anita Tolkkinen family.

Flowers were purchased and a memorial tree planted for the family of William Tolkkinen. Send Flowers

Posted Oct 09, 2020 at 08:28am
Thinking of you all at this sad time with love and sympathy. God's Peace, Lisa and Jeff Andrews
Comment Share
Share via:
JA

Posted Oct 08, 2020 at 07:18pm
Thinking of you with sympathy. Love and God’s Peace. Aaron and Judy Anderson. You will be missed Uncle Bill.
Comment Share
Share via:
SJ

Posted Oct 08, 2020 at 12:43pm
Dave and I have thoroughly ‘enjoyed Bill and Maija in Texas when we visited there and wintered there.’ Our condolences to all of you. I feel so ‘sad’ when our dear friends are no longer with us. May God take care of all of you. Love and God’s Peace! Dave and Shirley Josephson.
Comment Share
Share via: 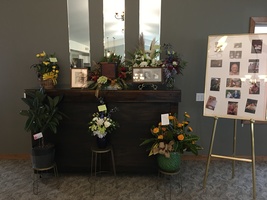 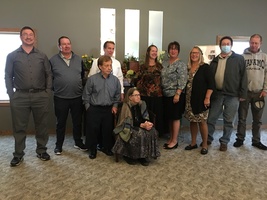