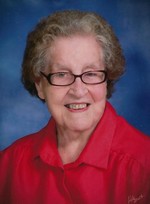 Virginia M. Massoglia, 92, originally from Laurium, Michigan, passed away on Thursday, April 9, 2020. She was a resident of Garden View Assisted Living in Calumet for the past 3 years.

Virginia was born on February 2, 1928 in Hancock, a daughter of the late John and Maria (Chiarvalli) Balconi. She attended Houghton schools, graduating Salutatorian of her class in 1946.

On September 12, 1953 she was united in marriage to Dominic DJ “Doc” Massoglia at St. Joseph Catholic Church in Hancock. He preceded her in death on July 17, 1987.

She was a charter member of the Newman Club, now known as St. Albert the Great, and a member of St. Paul the Apostle Catholic Church in Calumet.

Online condolences can be left for the family at ericksoncrowleypeterson.com.

A funeral mass will be held at a future date and burial will be in the Lake View Cemetery.