To share your memory on the wall of Paul Grose, sign in using one of the following options:

He was born on April 22, 1929 in Laurium to Joseph and V. Alice (Heikkinen) Grose. He attended the lo... Read More
Paul E. Grose, 91, a resident of Lake Linden Avenue in Laurium passed away on Sunday September 6, 2020 at Canal View—Houghton County.

He was born on April 22, 1929 in Laurium to Joseph and V. Alice (Heikkinen) Grose. He attended the local grade schools, and high school in Highland Park, MI. After graduating, Paul enlisted with the United States Army in October of 1948, serving between World War II and the Korean War. He was honorably discharged in June of 1950.

On July 23, 1955 he was united in marriage to Marlene Maronen in Laurium.

Paul worked as a shipman on the Great Lakes, at Pearce’s as a furniture mover, then as a mechanic at C & H, Vivian Equipment, and the Houghton County Road Commission, retiring in 1979. He was a “Doctor of Motors”, a heavy equipment mechanic throughout most of his life.

He met Marlene through their mutual love of music and the two were well known locally for performing at various events and anywhere there was a microphone. They were called the “Crooning Love Birds”.

Paul was an adventure seeker. He was one of the first Harley motorcyclists in the area and was known to ride standing on the seat. He was an avid hunter and the President of Camp Nuttin in Nisula. He loved telling jokes (especially dirty ones), playing cards, having a few beers with friends and family, and was still shutting down the bars with Marlene at 90 years of age. He helped anyone in need and was the go-to man in the neighborhood when someone needed help. He loved spending time with his family and friends, making memories. He loved being a husband, dad, grandpa and great-grandpa, and to them he was the greatest man who ever lived.

He is preceded in death by his parents, Joseph and V. Alice Grose, and 2 sisters, Vivian (Roy) Taskila and Viola (Albert) Taskila.

He is survived by:
His wife Marlene of 65 loving years
His daughters: Michele (David) Giachino of Trenton, MI
Shelly (Bill) Kobe of Mohawk
April Byykkonen (Butch Greene) of Duluth, MN

His great grandchildren: Lathan Thomas, Alexis Wagner, and Xander Byykkonen and a great-granddaughter arriving in October.

His brother, Dennis J. Grose of Arizona, an extremely special “son” Danny Lavergne and his wife, Christine, along with numerous nieces, nephews and cousins.

As Paul would sing, “I Did it My Way”

A celebration of Paul’s life will be planned for July 2021.

Online condolences for the family may be left at www.ericksoncrowleypeterson.com
The Erickson Crowley Peterson Funeral Home in Calumet is assisting the family with the arrangements.
Read Less

To send flowers to the family or plant a tree in memory of Paul Elmo Grose, please visit our Heartfelt Sympathies Store.

There are no events scheduled. You can still show your support by sending flowers directly to the family, or planting a memorial tree in memory of Paul Elmo Grose.
Visit the Heartfelt Sympathies Store

We encourage you to share your most beloved memories of Paul here, so that the family and other loved ones can always see it. You can upload cherished photographs, or share your favorite stories, and can even comment on those shared by others.

Posted Sep 14, 2020 at 09:31pm
My Mom ( Alice Slusarzyk) who also is a resident of the Canal View ( also the 2nd floor) knew Paul as did my Dad Slugger/ Merlin Slusarzyk) ! Before this Covid started I’m their daughter and was at the Canal View one day when Paul was in the activity room and Michele and Dave started to singing upon our request 🤗 and Paul also sang, it was beautiful❤️ !! Our sympathies to all of you at this sad time, Mom felt so bad when she heard of his passing ! 🙏🏼 God Bless All Of You 🙏🏼
Comment Share
Share via:
MG

Thank you Dawna for your kind words. It was so nice to meet you and your family, your mom is such a sweetheart. David my dad and I had such a good time entertaining everyone there at Canal View and was looking forward to doing it again and then COVID! Thank you for your message and give your mom a hug from me when you can.
B

Posted Sep 13, 2020 at 10:15pm
Condolences and our deepest sympathy from the Stimac Family. We all remember Paul with fond memories of him singing at Stimac's Musicland and was a longtime family friend. He will be sadly missed. 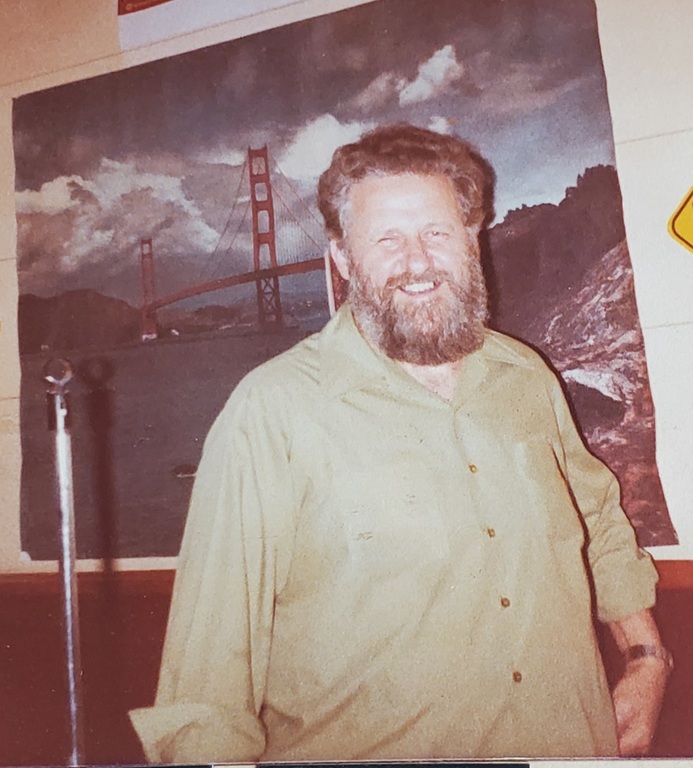 Thank you, Bill. We all shared great memories with your family at Stimac’s Musicland.
FO

Posted Sep 11, 2020 at 01:13pm
I wondered if Paul was still alive whenever I road by his house in Location, I remember fondly back in the 70’s chatting with him about riding his motorcycle and he had some stories for sure. Also went to him for his knowledge of the old Harley’s of which I had at the time. Yep he had some stories to tell. Condolences and prayers to his remaining family.
Comment Share
Share via:
MG

Thank you, Frank. Yes, dad was a great story teller, that’s for sure.
D

Posted Sep 10, 2020 at 09:19pm
To Michele and David. You are in my thoughts during this very sad time. It is so hard to lose a parent. Know that he is resting peacefully. Remember all those special times you shared with him during his life. Debbie Kelih
Comment Share
Share via:
MG

Thank you, Debbie. Those happy memories are what get me through this sad time.
K

Posted Sep 10, 2020 at 08:21am
My deepest sympathy to Michele and Dave and the entire Grose Family. You are in my thoughts and prayer. Kathy (Bilski) Schafer Lincoln Park, MI
Comment Share
Share via:
MG 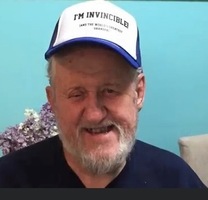 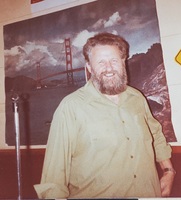