To share your memory on the wall of Leonard Miller, sign in using one of the following options:

Print
Leonard W. Miller, 90, a resident of Laurium passed away at the home of his daughter on Monday November 16, 2020.

He was born on October 18, 1930 in Lansing a son of the late Carlos and Harietta (Gardner) Miller.

He was born on October 18, 1930 in Lansing a son of the late Carlos and Harietta (Gardner) Miller.

Leonard was a veteran having served in the U.S. Navy during the Korean Conflict. He served honorably and loved his 23 years spent in the Navy and the Naval Reserves.

He was employed as an auditor for the State of Michigan.

Leonard loved spending time at the hunting camp in Central with his hunting buddies and grandkids.

Marcia and Leonard would spend their summers at their camp in Gratiot Lake.
He was a member of St. Paul Lutheran Church. He was also part of the Calumet Players, American Legion Post 61 in Calumet for 60 years, Keweenaw Kernewek and a past President Village of Laurium.
Leonard is preceded in death by his parents Carlos and Harriette Lena Gardner and his wife Marcia Petermann (Miller).

A funeral service will be 5:00pm on Monday, November 30, 2020 at Erickson Crowley Peterson Funeral Home in Calumet.
Visitation will be from 4-5 PM at the funeral home on Monday November 30, 2020.
Online condolences for the family may be left at www.ericksoncrowleypeterson.com

To send flowers to the family or plant a tree in memory of Leonard Miller, please visit our Heartfelt Sympathies Store.

We encourage you to share your most beloved memories of Leonard here, so that the family and other loved ones can always see it. You can upload cherished photographs, or share your favorite stories, and can even comment on those shared by others.

Harold, Eric, Alan, Scott & their families sent flowers to the family of Leonard Miller.
Show you care by sending flowers

Posted Nov 24, 2020 at 01:27pm
The Stevens' family sends their hugs. Both Leonard and Marsha were well known from the days at Gratiot Lake. Who could ever forget the days of no telephones, party lines when they first came and the outhouses. Leonard bought the Stevens camp next to the public access when my dad told his father, John that he did not want it. The three of us Stevens girls, Jill, Joan and Julie all spent some of the most amazing days at Gratiot Lake. In college I helped out with the Calumet Players so I could get college credit from Dick Goldstein. Your dad and mom were both so involved with the sets and all that went on. They were magical days. Hold on to the memories and know that they will not be forgotten. Julie Beck and the Stevens family
Comment Share
Share via:
PI

Posted Nov 23, 2020 at 04:08am
To Len ‘s Family,
I spent many years with your dad on Navy trips, parties and picnics, working with him, Armando,Mitchell, Menge,Rector, Menenga, Jack Croze, Jake, Pete Houle and many others. He has left me with many good memories. He will be sadly missed.our condolences Phil(Flip) and Mary Anne Verville
Comment Share
Share via:
MK

Posted Nov 21, 2020 at 10:50am
Our deepest sympathy to Leonard's family. Our thoughts and prayers are with you.
Peter and Dolores Capello

Leonard and my dad (Fred) were in the Naval Reserves together. I remember all the fun we had at the reserve parties and get togethers.
Comment Share
Share via: 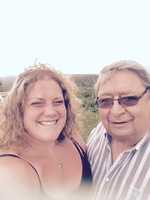 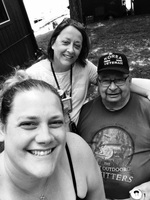 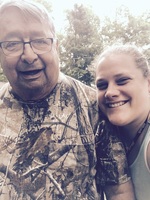 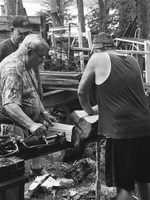