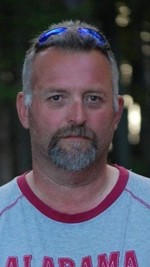 Joseph John Rowe, 57, a resident of Calumet passed away at his home on Thursday, February 11th, 2021. He was born on May 26, 1963, in Laurium to John “Jack” Rowe and Mary (Meneguzzo) Rowe.
He attended the local schools and graduated from Calumet High School with the class of 1981.
Following High School, Joe worked for Gaslight General Store in Copper Harbor, Peterlin Distributing, Rowe Oil, and MJO Contracting where he had been working for the past 20 years.
Joe was a handyman. His favorite hobby was crafting many different wood creations, specializing in Intarsia.
Joe loved spending time at his Dad’s garage and with his grandchildren, who were the light of his life. Every day was filled making memories with family and friends.
Joe was one in a million, always willing to help someone in need and putting others before himself. His positive attitude and witty sense of humor will be missed by everyone who knew him.
On February 14th he was married to Kathie (Kunnari) Rowe in 2017.
He was proceeded in death by his father-in-law Paul Kunnari.
He is survived by his wife, Kathie Rowe of Calumet, along with his daughter: Jamie Rowe of Calumet. Son: Kyle Rowe of Calumet.
Father: John “Jack” (Sandy Johnson) Rowe of Calumet
Mother: Mary Rowe of Calumet
Mother-in-law: Marcy Kunnari of Laurium
Sister: Loralyn (Scott) Mills of Calumet
Sister-in-law: Mary Kay Craig of Minneapolis, Minnesota
Step children-Grandchildren:
Jessica (Nic Sladek) Mattson - McKenzie, Dylan, Keygan of Laurium
Brandon (Karen) Mattson - Ella, Renny, Niiko of Laurium
Maile (Dustin Mottonen) Chandonais – Jukka of Laurium
Mandy Chandonais of Calumet
A niece, several Aunts, Uncles & Cousins
Special Friends: Jimmer and Dodo of Centennial Heights
Kevin Laurie of Copper City
Bill Basto of Calumet
Per Joe’s wishes, cremation has taken place and a private service will be held at a later date. Online condolences for the family may be left at: www.ericksoncrowleypeterson.com. The Erickson Crowley Peterson Funeral Home in Calumet is assisting the family with arrangements.