To share your memory on the wall of George \"Burt\" Arola, sign in using one of the following options:

To send flowers to the family or plant a tree in memory of George "Burt" Arola, please visit our Heartfelt Sympathies Store.

We encourage you to share your most beloved memories of George "Burt" here, so that the family and other loved ones can always see it. You can upload cherished photographs, or share your favorite stories, and can even comment on those shared by others.

Posted Feb 20, 2021 at 11:14am
Burt,
Very sorry to hear of your Father's death. He was a light to those who met him. The world is a little cooler without him in it. Our thoughts are with you during this time of loss. He lives on in your memories and the stories friends and acquaintances tell.
Comment Share
Share via:
SH

Posted Feb 18, 2021 at 08:28am
Burt, Michael and Family,
My sincere sympathy on the passing of Burt. Lots of good memories from Small Traverse. Years ago loved watching you all waterski. Burt was always willing to share lake trout tips and tackle secrets. As all did, I loved to hear his hunting and fishing stories. Sorry to say I never had the chance to try one of his famous drinks.

Posted Feb 11, 2021 at 06:50pm
I was so sad to learn of Burt’s passing. 🥺 My Grandma Carol was Burt’s “special friend.” I had the pleasure of having lunch with him a couple of times. He loved my children as if they were his own grandkids. Burt had such a big, kind, generous, heart. He always had a smile on his face, and could make anyone feel welcome. I am so sorry for your loss. ❤️
Comment Share
Share via:
MT

Posted Feb 11, 2021 at 09:15am
I always enjoyed working "Senior Prom" at the White House on Sundays and waiting on Burt, watching him dance the night away with Carol. They were loads of fun! He sure did have the stories!!
Comment Share
Share via:
B

Posted Feb 11, 2021 at 07:02am
Our Sympathy to Michael and Burton's families and all the Arolas. Cousin Burt seemed to be the picture of good health and humor even though he was now up there in age.
Love, Bob, Carol Haapala and family.
Comment Share
Share via: 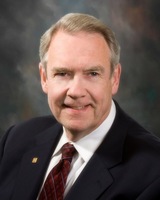