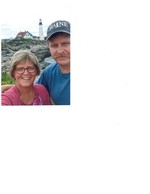 
Trudy Anderson, 59, a resident of Calumet passed away on Sunday December 20, 2020 at U.P. Health System Portage.


She graduated from Calumet High School with the class of 1979.


Preceding her in death was an infant daughter Elizabeth, her father Marvin Berg, father and mother in law Edwin and Ruth Anderson and sister in law Rene Anderson.


Surviving are: Her husband Curt

Burial will be in the Lake View Cemetery.

The Erickson Crowley Peterson Funeral Home is assisting the family with the arrangements. Online condolences can be left at ericksoncrowleypetetson.com