To share your memory on the wall of Barb Perkola, sign in using one of the following options:

To send flowers to the family or plant a tree in memory of Barb Perkola, please visit our Heartfelt Sympathies Store.

There are no events scheduled. You can still show your support by sending flowers directly to the family, or planting a memorial tree in memory of Barb Perkola.
Visit the Heartfelt Sympathies Store

We encourage you to share your most beloved memories of Barb here, so that the family and other loved ones can always see it. You can upload cherished photographs, or share your favorite stories, and can even comment on those shared by others.

Becca, Bonnie, Rob and Kathryn Allen sent flowers to the family of Barb Perkola.
Show you care by sending flowers

Guaranteed hand delivery by a local florist
BE

Posted Dec 30, 2020 at 11:47am
Faye, Richard and Perkola Family:
You have our sincere sympathy for the loss of your precious Mom! She will certainly be missed by many. Take Care and God Bless you all!
Barbara and Don Effinger
Comment Share
Share via:

Posted Dec 29, 2020 at 10:48pm
I’m so sorry to hear of the loss of Barb. As an aide that did in home care, she sure made the day brighter with lots of laughs. I will cherish her crafts that she made for me and will miss seeing her stunning decorations for the holidays. Sending prayers to the family. She was a wonderful lady.
Comment Share
Share via:
MK

Posted Dec 28, 2020 at 08:30pm
Aunt Barb was one of my favorite aunties! She said what she thought and didn't take any guff from anyone...she is going to be so missed 😪 say hello to my Pops will you please?
Comment Share
Share via:
BA

Posted Dec 28, 2020 at 06:14pm
Our deepest condolences on Grams passing. She was an amazing woman and sure she will be missed. 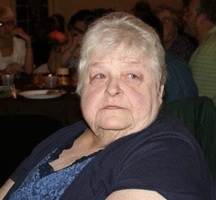